The largest blood cell genotyping and transcriptomic study ever performed has shown that a much higher number of common changes in the DNA sequence affect gene expression in blood cells than previously thought (Võsa et al. 2021). In this article, we look at how the use of RNA-seq in this study contributed to these exciting new discoveries in the genetic regulation of blood cells.

Genetics is one of the deciding factors of traits and disease susceptibility. When changes in DNA sequence can explain variation in gene expression levels for a specific trait or disease, they are called expression quantitative trait loci (eQTLs) (Nica and Dermitzakis 2013).

Thanks to these high-throughput technologies including RNA-seq, and the large sample size, researchers discovered that genetic variants in close proximity to genes (cis-eQTLs) regulate 88% of all genes analyzed. This often includes a physical interaction between the variant and the gene (Võsa et al. 2021). In contrast, genomic variants over 5Mb away from genes (trans-eQTLs) regulate one third of all genes analyzed, likely due to transcription factor activity (Võsa et al. 2021). For example, one genetic variant possibly regulates the neuronal repressor REST and the expression of 88 neuronal genes in trans as a result (Võsa et al. 2021).

eQTL detection relies firstly on genotyping to find genetic variations, followed by RNA-seq or microarray driven transcriptomics to detect gene expression variation for the whole genome of each individual (Fig. 1) (Nica and Dermitzakis 2013). Discovery of eQTLs are then made through the statistical association of these genetic variants with the expression level of the gene of interest. When the sample size is large enough, these statistics can even detect weak effects of genetic variants on gene expression.

RNA-seq was used to investigate one fifth of the samples, whereas the remaining samples used expression microarrays (Võsa et al. 2021). To combine gene expression data from these different transcriptomic technologies, the authors used RNA-seq as the gold standard reference to calculate correlation scores for each gene with all other genes. Gene correlation profiles from the different microarrays were then correlated with profiles from RNA-seq data. This resulted in nearly 20,000 expressed genes tested for cis-eQTL or trans-eQTL associations in over 31,000 study participants.

Sample size was also a problem when the eQTLGen Consortium tried to confirm their results with other smaller bulk RNA-seq eQTL data sets, such as GTex with just under 400 individuals (Võsa et al. 2021). The same issue arose in the analysis of a single-cell RNA-seq eQTL data set from over 1000 individuals, which the authors used to address concerns about cell composition in their original eQTL analyses (Võsa et al. 2021). In both cases, they could only confirm a small number of their initial results, likely due to reduced statistical power.

To address this, new technologies are available to boost sample sizes and therefore statistical power in transcriptomic studies by removing cost and hands-on-time as limiting factors. Large cohort studies reliant on transcriptomics are prohibitively expensive. Furthermore, if the eQTLGen Consortium had used the same transcriptomic method for all samples, study quality could have been improved by removing the need for independent pre-processing of each different microarray platform.

Novel 3’ mRNA-seq technologies such as Bulk RNA Barcoding and sequencing (BRB-seq) address these cost and throughput issues. This technology is based on barcoding and early multiplexing of hundreds of samples, requiring only one subsequent library preparation. It would enable a study of 31,000 samples to be performed at a fraction of the cost, while reducing both technical variation and turnaround times (Alpern et al. 2019).

Although BRB-seq does not allow for the analysis of full-length transcripts, this is not necessary for eQTL expression analyses. BRB-seq detects the same number of genes as the ‘gold standard’ Illumina TruSeq library preparation method and is highly accurate and cost-effective. It is reliable even for low quality RNA samples which may be a key concern when processing precious human samples. 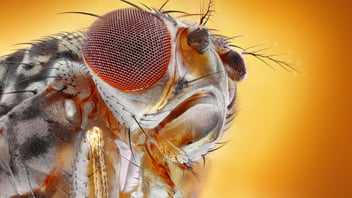 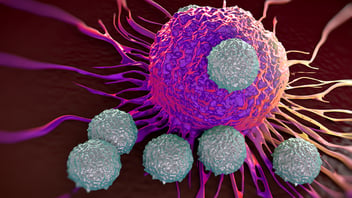